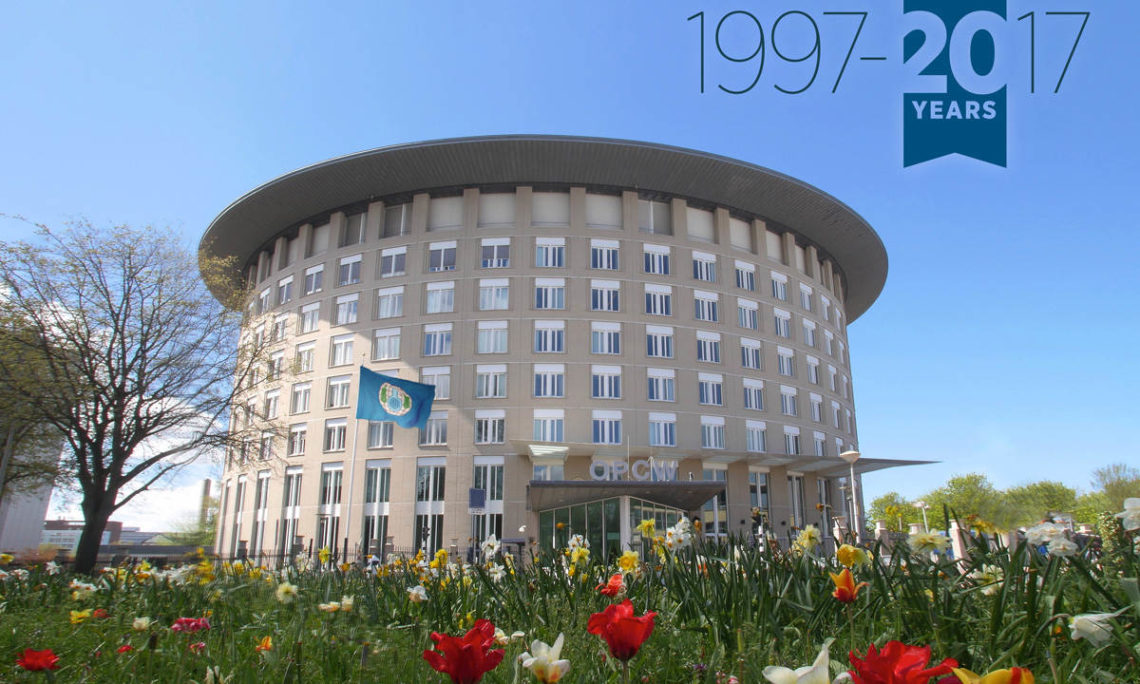 The Chemical Weapons Convention (CWC), the world’s only multilateral treaty that verifiably bans an entire category of weapons of mass destruction, marks the 20th anniversary of its entry into force this Saturday, April 29. The CWC prohibits the development, production, acquisition, stockpiling, retention, transfer, and use of chemical weapons.

To date, the CWC—with 192 States Parties— has verified the destruction of approximately 95 percent of all declared chemical weapons stockpiles and has made a significant contribution to making our world a safer place. The Organization for the Prohibition of Chemical Weapons (OPCW), the CWC’s governing body, has facilitated the destruction of chemical weapons in Libya, Syria, Iraq, Russia, Albania, China, and the United States – among others.

Nonetheless, the international community’s work is far from done, and serious challenges remain. In 2013, following devastating chemical weapons attacks on Damascus suburbs, Syria acceded to the CWC and agreed to comply with the Convention’s obligation to fully declare and eliminate its chemical weapons program. Despite the destruction of over 1,200 tons of chemical weapons and precursor chemicals, the OPCW has repeatedly expressed concerns about gaps, inconsistencies, and discrepancies in Syria’s declaration. The OPCW concerns preceded the most recent appalling chemical weapons attacks perpetrated by the Assad regime in Khan Shaykhun earlier this month.

Additional challenges include the reported use of the nerve agent VX in the assassination of Kim Jong-Nam in Malaysia, a heinous act representing a clear threat to international security. Further, ISIS has repeatedly used sulfur mustard in chemical weapons attacks in Syria, as well as in Iraq. There must be consequences for these actions and those responsible must be held accountable.